This is an article excerpted from professional models from Vogue magazine “I’ve been a model for over four years now, this is my favorite job. I like to collaborate with photographers in creative photo shoots and edits, and mostly I work with people who are kind and polite, but there are a few exceptions! ” And here are the shares of Vogue Magazine’s Professional Photo Models and 6 useful tips for photographers.

If you want to think of photography as a career rather than just a hobby, then you should pass that professionalism to the people you work with.

For example, let the model take a break to get food or drink water. When shooting at a hot location or outdoors, consider stopping in the middle of the park to take a quick break in a nearby cafe to relax, or prepare water in hot weather.

Never force a model to change clothes in a public place; Instead, allow models to change in a nearby public bathroom to keep it private.

TFP (Time For Prints) is a free-only concept, neither side pays for both photographers and models to have photos to advertise themselves. During these shoots, photographers need to realize that they are not the only one who has the right to make decisions and always value others in the shoot, including the model.

One thing that I often encounter is when I take some very nice pictures, but when I get home I don’t get or just get black and white. Most likely it’s the photographer’s intention, because they don’t think it’s a good picture, but if they respect the model they should send it to them. On the contrary, there are people who know that these photos are highly artistic, but don’t want to share them with others for their own use. It must be stressed again that a free shoot is a joint effort of everyone, so sharing the results is important.

Tip 3: Always respect the model and their safety

Those who have ever taken photos with the model also know that most of them feel insecure when they just started shooting or have just started to work. I felt fortunate because during my modeling period I rarely got into dangerous situations, or yes, it was already in the agreement before going to the shoot.

German artist Karl Lagerfeld once said: “If you do not want to be” thrown out “, do not become a model.” There have been not many cases of models being abused, even raped when taking photos. Therefore, it is the job of photographers to create a sense of security for their partners when taking photos. Always respect their private space, always ask if they feel safe or not, or do not put them in dangerous or awkward situations. As a photographer, it is your responsibility to create a healthy working environment where the model can say what he wants, say what he feels uncomfortable to immediately fix.

Tip 4: Say exactly how you pose

This is a special advice needed for new models who have no experience in shaping. Therefore, the photographer must be the one to shape them in accordance with the idea of the shoot. At one shoot, the photographer told me to ‘pose soft like water’. And of course, I don’t know what to do with what they mean. For experienced models, it is possible to let them do what they like, but those who do not have experience without specific instructions will confuse them, leading to lack of nature.

Communication is also a skill that must be learned during photography. I also worked with secret photographers who didn’t talk much so I couldn’t understand what they were doing. One of the easiest ways to pose for a model is to pose yourself, then have them ‘parody’. This is called the ‘mirror’ technique, and is actually much more effective than verbal instructions.

Tip 5: Always value the role of a model

I may not be able to count the number of people who hear photographers say that being a model is so simple, that their profession is not an official ‘profession’. Believe me, I’ve heard this many times, but feel really offended when they are spoken out by the people they are collaborating with, collaborating to make art.

One of the worst cases was when I took a photo for a clothing company, the photographer started screaming at the moment of shooting: “Your posture needs to be more interesting (read tip 4), Hurry up, the only difference between you and the girls out there is that you know how to pose, so pose! ”

It must be said that this is a high fashion shoot and requires unique poses, but it is unnecessary for them to scold me right from the start. Even with professional models, communicate kindly to convey your ideas, do not use harsh words.

This is a problem when taking photos to post on social networks. When posting photos, photographers only think about bringing their work, but forgot to name the model in the image.

I can also understand this action if photographers pay for the shoot (advertisement) or contact the model through modeling agencies, but with the free shoots, the name, tag them In the picture is a very thing to do. This shows that the photographer respects the model, the people who have created that photo with them.

>>> Discover more interesting sharing of Hoi An Photographer on how to take photos and edit photos to create the most unique photos.

Should or should not become a daily photographer (Street Photographer) 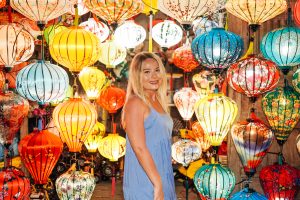 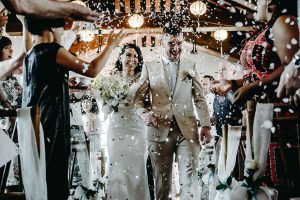